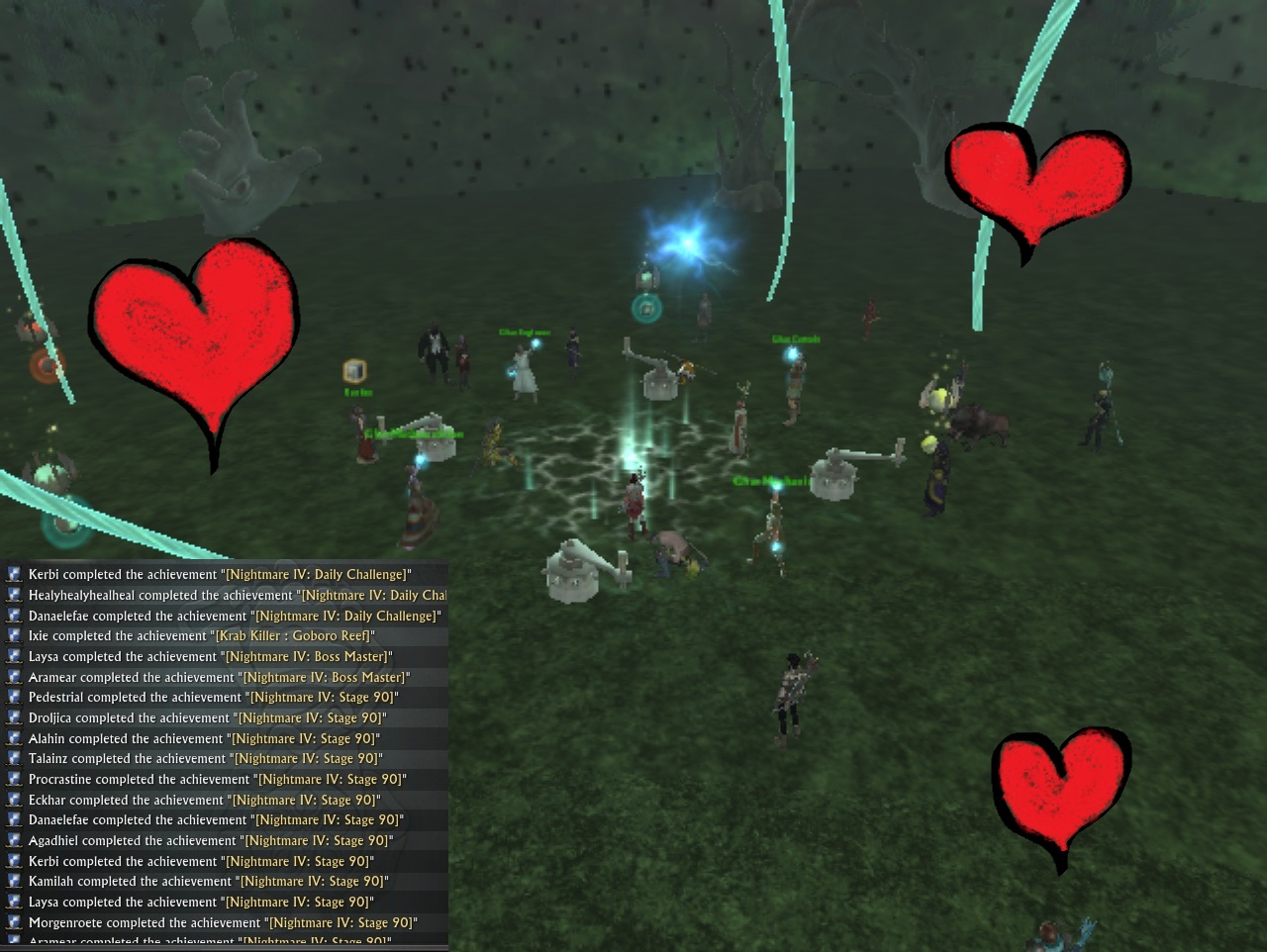 Happy (belated) Valentine’s Day to everyone!

Or Singles Awareness Day (S.A.D.) as some of our members prefer to call it. 😀

And what better is there to do on this lovely evening than to venture into a Nightmare Rift!

Yes, I could probably think of 10 other things off the top of my head right now, too. But hey, we went for it anyway! Gotta keep each other company on S.A.D., right? And we have to get some more Nightmare Rift V achievements to get closer to those sweet essences that Nightmare Rift V: Master unlocks, right?

Or that was the plan at least. Our dream sure was short-lived when we realized that none of the people online that evening could actually buy a Nightmare Rift V lure! So we went for a Nightmare Rift IV instead. Close enough.

We spent half the time chatting (partly to keep each other awake) – random stuff mostly, including the question of what you would do if that ugly spider boss from that Nightmare Rift was on your ceiling – but we managed to make it to stage 96 nonetheless with three people getting Nightmare IV: Master on the way! Grats! That means we have three more people that can buy Nightmare V lures now for the next time our leaders decide to give us such a sweet surprise. Many people finished their weekly boss kills as well. It sure is much easier to do them in a guild run so we may actually do them more regularly from now on. 😀

Good run everyone, thanks staying awake!

One thought on “Rift’s Valentine’s Nightmare”