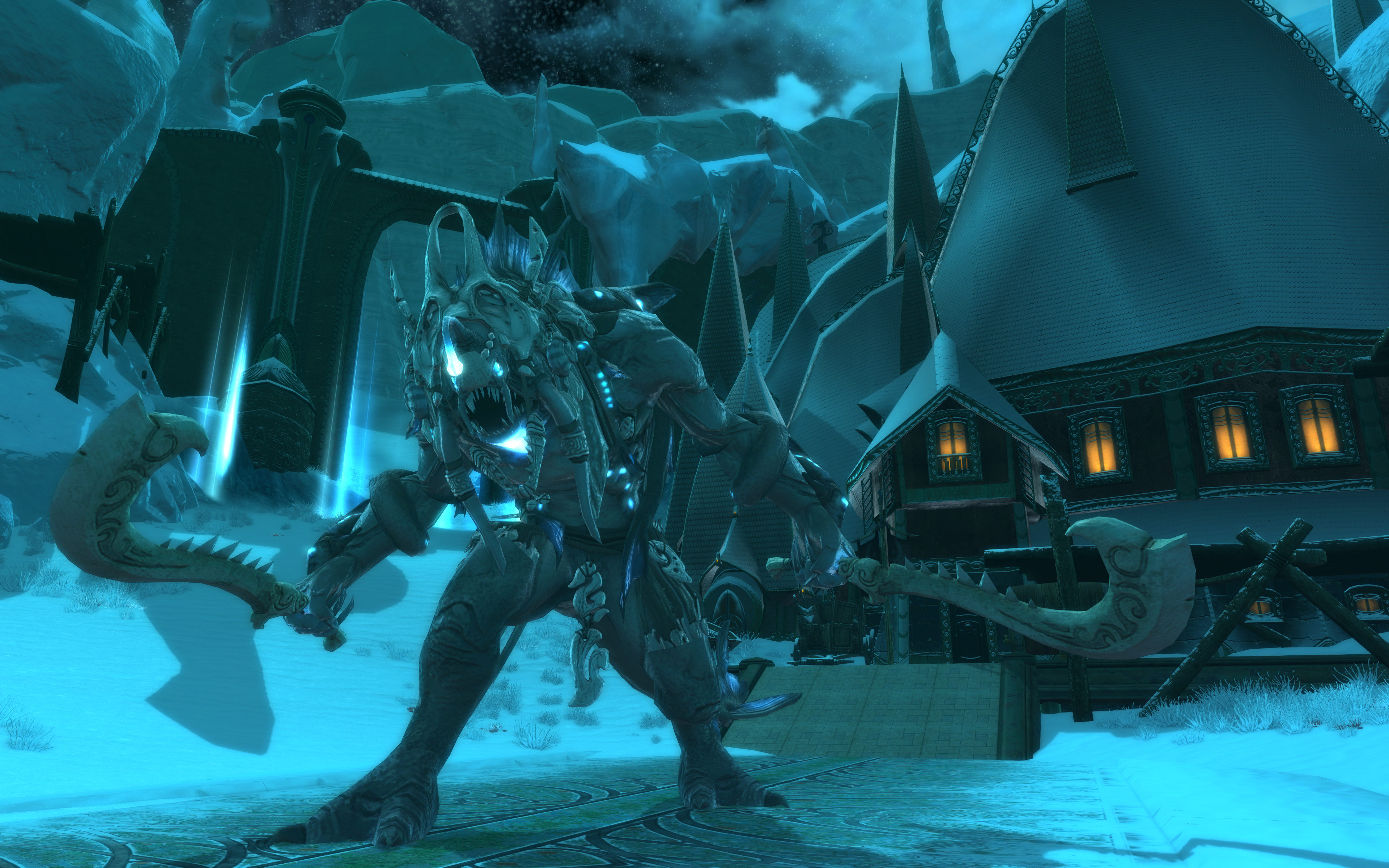 After breezing through 4/5 MS and having Johan for dessert right after on Wednesday, we went for a random Rhen of Fate yesterday. We tried it on hard mode – with great success! 3/4 bosses died on hard mode awarding an extra piece of loot and a Heart of the Frozen each boss! It was a long run but definitely paid off.

The first boss, Ungolok, gave us some trouble but after sorting out the cage order again (and shutting up the drunk dwarf Mage that was confusing people with the wrong order :> ) we finally got it down!

“Okay, let’s kill this trash before the next bosses quickly!” – “Okay, just pull it, we can kill it while some people are afk, it’s just trash after all!” …Well, those mobs did not like being underestimated and wiped the floor with us. But hey, a raid’s not a raid without wiping on trash, right?

On the next fight we had to find a tactic and raid setup that worked for us as it was different from normal mode but once we found it it was going quite well. To everyone’s surprise our dear guild leader and forever-low-dps-Mage Malbec/Jacqques revealed his hidden talents and was top dps on one pull! Grats! That shocked the drunk dwarf Mage so much that he demanded to dps (instead of heal) for the rest of the fight thereafter. :> After a few more tries including a pull where our tank forgot to activate his tank buffs and a ninja-pull by the seemingly still appalled drunk dwarf Mage and we got our well deserved achievements and loot.

The poor guy continued to be in distress throughout the next boss fight as well as he continued to ninja pull (both adds before the boss and the boss itself – he blamed it on his intoxicated mouth, short dwarf legs and armadillo on a rampage over his keyboard). 😀 But we got it down quite fast anyway. Our seemingly-drunk-but-not-actually-drunk Cleric healer confused us a bit by saying we all had a crazy amount of stacks from intercepting the beams that go to the boss but he was just seeing things after all. He blamed it on his addons though.

We switched back to normal mode for the last boss and after some swapping around roles, bugged corals, silly deaths and lots of laughter we got it down as well!

This was one of our longest raid runs but everyone was in good spirits till the end.

Thanks to everyone that was there (and cheerleading on Discord) for making it an amazing night!

2 thoughts on “The onslaught continues!”