The Temple of Sacrifice – finally conquered! 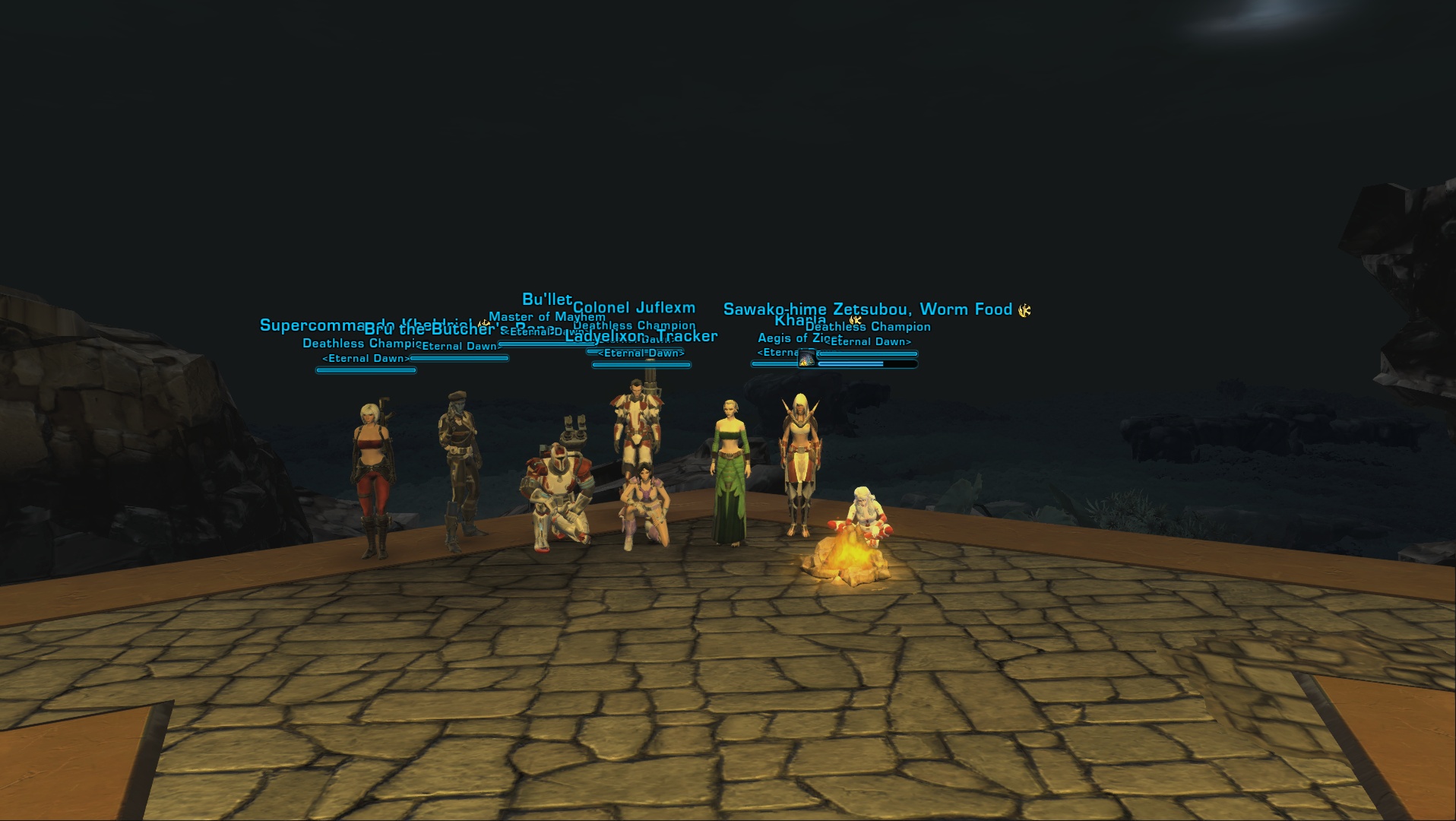 After a summer of slacking off, the Guild decided to relaunch the autumn ops season with a bang and visit their favourite nemesis: the Underlurker!  After several years of intermittent attempts, now was the time to dig deep, make sacrifices and conquer that Temple of Sacrifice.

On a cool Tuesday evening they met up on Yavin, seven bold adventurers, all but one (who had never been there before and so didn’t know the dangers) quaking in their skimpy slippers but determined and brave. Seven you ask, for an eight person op, but nothing daunted, they entered.

The first boss fell quickly to their determined assaults, then all the trash, which can still pack a punch, and then the Walkers, which fell to their first onslaught and so on to that Underlurker, the bane of many guilds and even more players, requiring faultless completion of mechanics, a dps race and killing oh so many adds. Time after time our dauntless group attacked him, defeating adds, perfecting the mechanics and bringing the Underlurker so, so low, but  just lacking that extra bit of damage  (never forget this dauntless band were under-strength) until they finally retreated, to return again later with a full group.

The following night they met again on Yavin, outside that fabled Temple, still seven. Fearlessly, Bullet and his merry band assaulted a far more fearsome foe, the sensibilities of Yarissa to make her join them in their quest.  They also found Kharla, long unseen in Republic space, to join them in this quest and with a full eight, they again braved that Underlurker.

The first assault failed – there was some confusion but again they attacked, pressing the Underlurker harder and harder, and then …. he fell!  Although there were deaths afterwards of brave heroes while the remaining adds were destroyed.

But no time for triumphs, on and on pushed our band of heroes, defeating the Commanders and finally on to the great Revan. Ably advised by Kharla they defeated HK47, moved on through Revan and finally destroyed the great Orb.

At last, the Temple of Sacrifice had been conquered by Eternal Dawn.

4 thoughts on “The Temple of Sacrifice – finally conquered!”