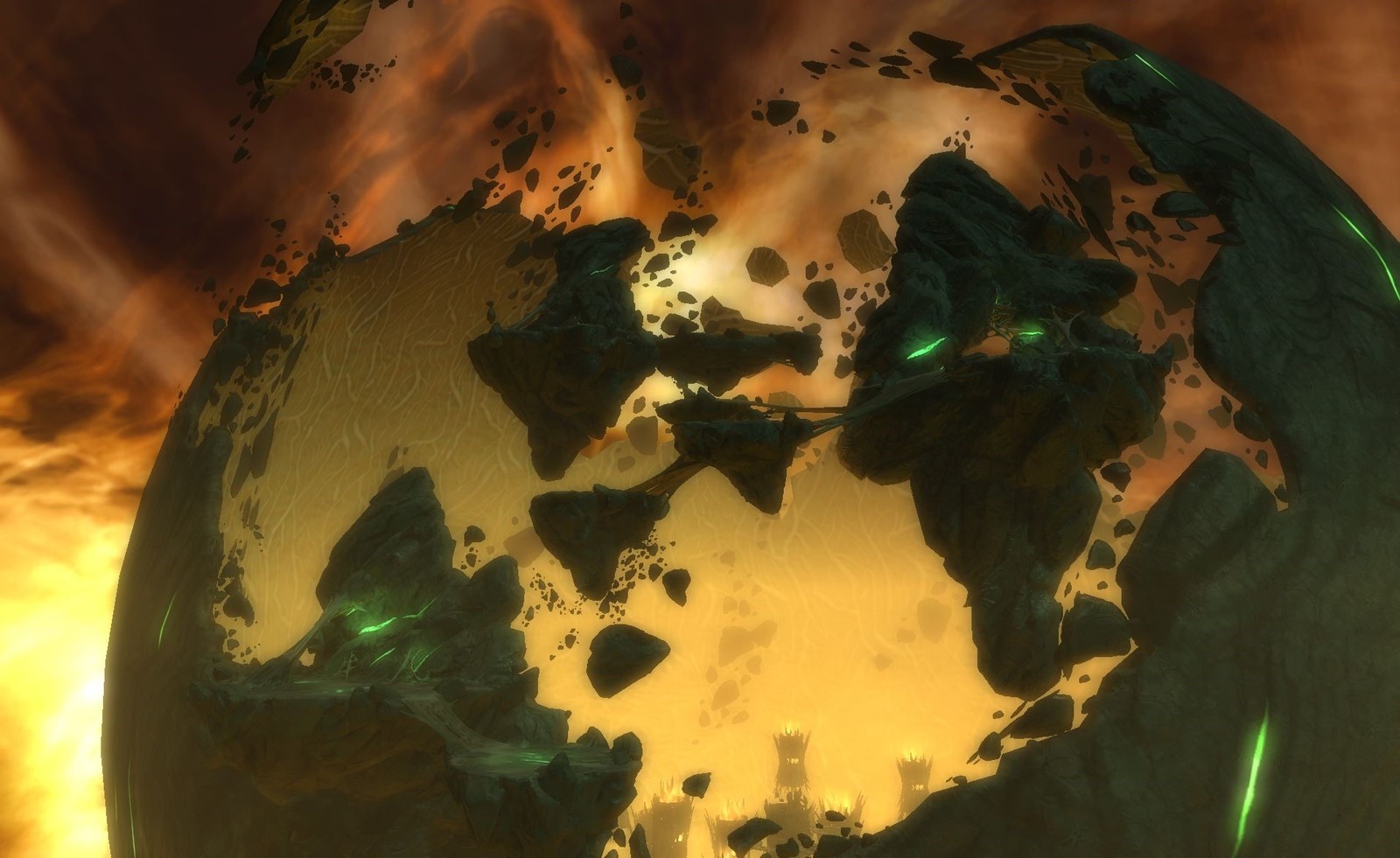 We’ve made it happen and finally ventured into the Mind of Madness as a guild! A few of us have been in there already but the majority hasn’t and it was a pretty exciting guild event.

We were 19 with a few people not quite there with the hit yet but due to the nerfs it went quite alright anyway.

It took us a while to get the first boss Pagura down but it went very well anyway because every single pull got us a bit closer as people got used to the mechanics. The first few pulls we didn’t even survive the first part of “hide behind the pillar that appears when you kill one of the big adds”. We ended up activating too many of the big adds making the AoE damage that comes from them too much for us. It went better every pull though. Healers got used to what to expect, people didn’t hit more than one of them anymore and slowly but surely we made it past that phase safely more and more often.

The next problem we had was the phase with the two mini bosses because the small adds started swarming us when we didn’t kill their nests fast enough but that was a matter of getting used to as well and went pretty well after a while.

The closer Pagura was to his (her? its?) inevitable demise the messier the fight got though. Adds were everywhere. Red and green AoEs were everywhere. Kill the big add! Hide! Run away! And then, before we even realized how low hp Pagura already had, it suddenly died!

It was really great to see every pull being better than the previous one. We weren’t stagnating on one phase or struggling with a certain mechanic. It was constant noticeable improvement. Great job everyone!

So we went on to Lord Arak, the second boss. The first challenge of the fight was to actually jump down into the hole that opened after Pagura died without landing on Arak’s head and making him wipe the floor with you instantly. So regrouping after a wipe took a bit longer than usually, especially with a few very special people that seemed to enjoy being a mop for Arak’s floor.

The other problem was the pizza slice movement mechanic because one of our tanks apparently forgot the difference between right and left and had a difficult time moving the safe pizza slice we were standing in in the correct direction. Or as the first boss from Empyrean Core would say: “YOU HIT THE WRONG LEVERWLKAFDJWFJA”.

Then we kind of misunderstood the adds (WTB add whisperer) and didn’t exactly realize they would want to run away after if we bully the boss to 40% hp (we were close but didn’t quite get there). We actually tried to kill them when they turned off immortality mode but lacked dps a bit to get them down in one go before they became immortal again. But considering we were about 16 people only by then (it was getting late after all), still with a few lower hit members, we weren’t too surprised there.

We also had problems with a certain squirrel person that wasn’t setting a very good example as a squirrel person and kept running around like a mad headless chicken on drugs actually thinking some interrupts were missed or something… while standing in the green crystal near the boss.

After a while we got the left/right coordination problem sorted. The crazy headless chicken squirrel person calmed down as well so it was getting better and better. We still had problems with the adds swarming us even though the bard did all he could to pacify them.

We eventually had to call it a day because it got late and more and more people had to go sleep already.

In the end, we were quite happy with our progress that day considering we didn’t have a full raid and had a few people that weren’t hitting the boss half the time.

We will definitely try to keep this going! After getting Pagura’s mechanics down it should go down much quicker next time so we can fully focus on Lord Arak and the bosses beyond.

Thanks to everyone that made this raid a success and stayed in high spirits despite the many many wipes.