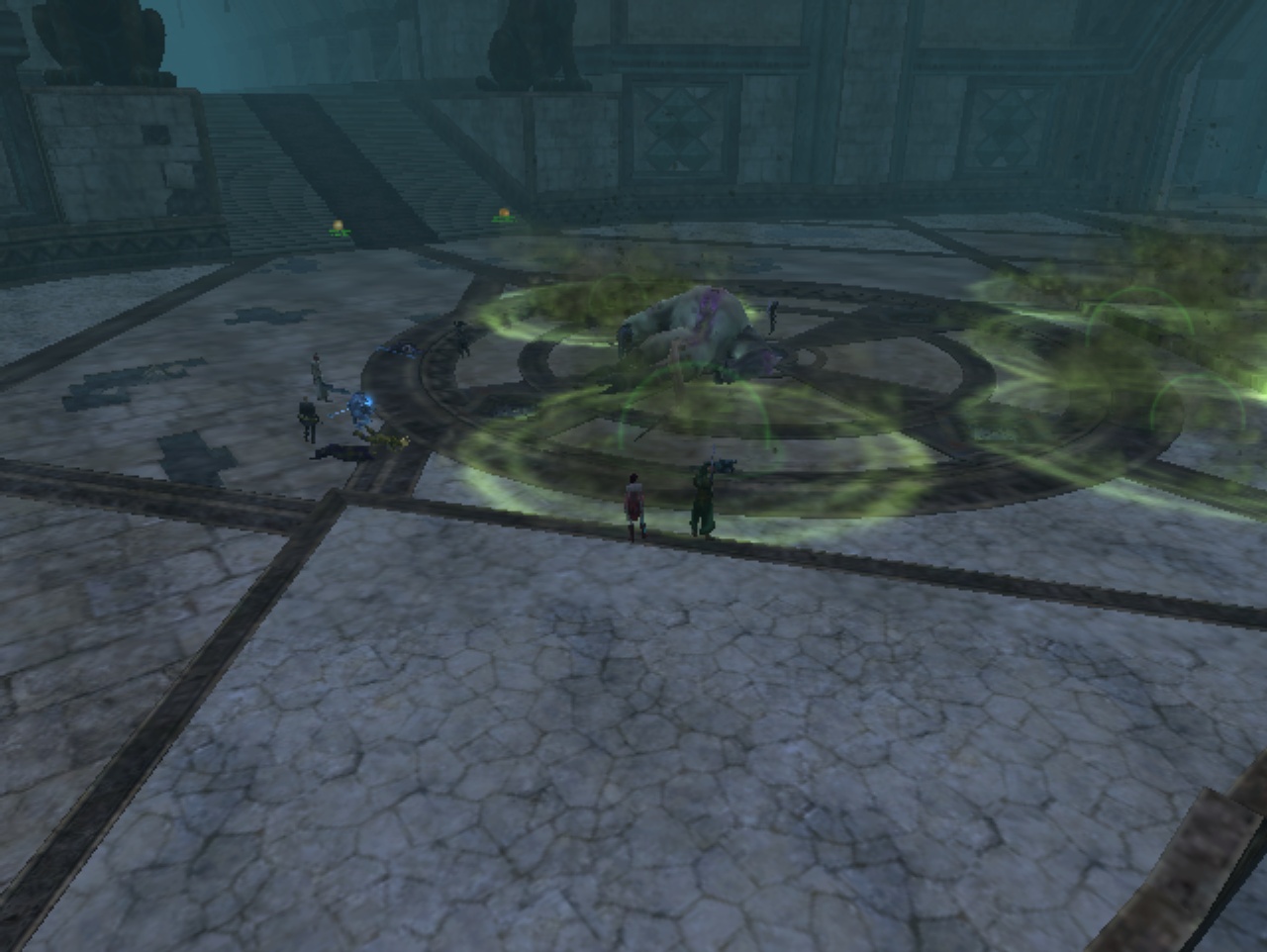 Another milestone for ED’s Rift team! Our very first run in with the guard dog at the doors of the T2 raid Hammerknell, Murdantix. Stubborn little puppy, took a while to tame it. But we made it!

Everyone was hyped for this for days already and when the day finally came our raid leaders had the toughest job of them all: Picking who may tag along on this very first run into HK as we actually had too many people for it! Good for us that HK has plenty of bosses for everyone to get a “first” with. <3

Once the team was assembled inside (except for guild leader Malbec/Jacqques who seemed to be raiding an entirely different boss: his microphone settings) there were the usual trash mobs we had to beat. That went unusually uneventful, foreboding the wipes to come but we were too hyped to notice it.

At the sight of the big bad boss people were even more excited to kill it! Except this one Cleric healer, that was recently promoted to Elder (an officer position in ED’s Rift guild) that was experiencing some other kind of excitement… Cleric tank: “Let’s get this beast down. This big, fishy-looking, muscle-y fella” – “I wanna ride it.” –  “…Sure you do.” – “…Do you even have standards…?” “…This is our new Elder?!” He went totally nuts, probably resulting from the accumulated hype over the last few days and his “excitement” when he saw the actual boss, starting to giggle uncontrollably. And for a good 2 minutes! It may have been longer but he went quiet after some time (probably muted his mic or stopped pushing the push-to-talk button) so we cannot be certain how long this episode of his lasted. Yes, we will get him help asap.

Meanwhile, we sorted out roles and got ready to engage the boss. The first few pulls were brutal as people were getting used to the mechanics. But we got better every pull, adjusting our raid setup slightly, too. Guild leader Malbec/Jacqques continued to fight the big bad microphone settings boss and at one point we thought he beat it… “I think something came out of Mal!” – “Probably just wine.” …but we were mistaken.

We had a few more attempts at Murdantix where the boy himself didn’t cause as many problems as the dog poop in form of huge green AoEs he tried leaving on us. We tried dodging them as best as we could but boy, were they smelly. So smelly, it actually hurt.

The people we had at range had to deal with another quite unfortunate event killing each other in the back just because they wanted to be close to each other! It hasn’t been long since Valentine’s Day and here they are, unable to get close to each other. 🙁 Harsh raid. Apparently, it was so hard on them that some chose to die in each other’s arms instead of being apart for so long, making us lose people in the back quite a often. That, and Murdantix living out a fantasy of having leashed dogs of his own. But he seemed to pull those leashes quite hard, killing the ones that didn’t want to obey his “Heel!” command.

But everyone was still hyped and in good spirits even after wiping so many times. We respawned and went for another pull. The Rogue tank started counting down: “3… 2… gotta get my pots on… and now we… oh” – “Omgomg” And that was that one obligatory ninja pull of every raid. <3

Meanwhile, guild leader Malbec/Jacqques also continued to struggle with his big bad microphone settings boss so he called for a pee break via raid warnings. Of course someone HAD to ask how his pee break went after he came back and that’s when he replied:

and that’s when this picture came into existence:

It’s okay to be special, Mal.

We continued to play with Murdantix and started feeling that he was slowly starting to listen when suddenly a lot of small insects came, probably drawn in by the smelly dog poop Murdantix left everywhere. Those aggressive insects were quite nasty and caused a lot of wipes, including some with Murdantix having less than 5 % hp!

We kept trying and when we actually thought it was the end again because both our tanks, our tank healer, all of the 3 raid healers, the bard and a couple of dps were dead, we actually got him down! 😀 Three pieces of loot and lots of happy shouts on Discord!

Thanks to everyone that was there, special thanks to the people that weren’t there and “took one for the team”, big thanks to the leaders for handling our crazy hyped lot the best they can.