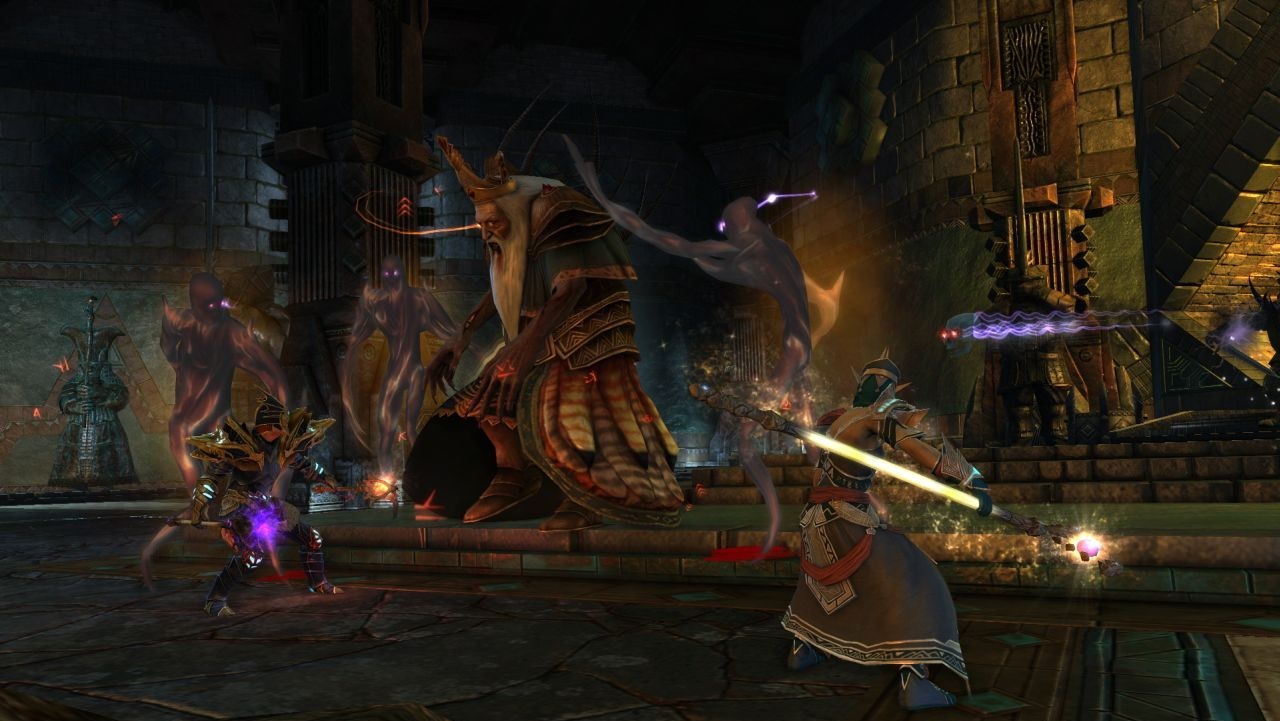 Just after ED’s 2 year anniversary the other day our raid team also achieved a few things worth celebrating.

For the third week in a row we have been back in Hammerknell! It was really great to see. We had a lot of new members over the last few weeks and a lot of them helped making HK a regular thing. Thank you all!

On our first week back in HK (you can imagine the HYPEEEEE) we managed to kill Murdantix again! We used up almost all of our raid time though, especially since we started late, so we didn’t bother going through those painful trash mobs before our next target King Molinar and Prince Dolin. We were super happy already with just being able to go back in there and kick Murdantix’s smelly behind! Some of us didn’t even want to leave the place, running around in circles being happy to be there again.

The second week we had enough people to go in there again! Oh the hype! Murdantix was not so hyped but thought of this as a good chance to kick our behinds this time round. We had quite a lot of random deaths. Sometimes it was like his green farts turned into a big explosion killing like 8 of our melees out of nowhere. Bad dog, bad! He even resisted our magical fail-safe “OK LAST PULL”-chant-for-definite-kill. 🙁 And in a really evil way as well – our last pull got him to 1% hp…

… Yeah that was quite painful.

Our third week! Ohhhhhh now that was awesome! KILL ON FIRST PULL! Yahoooooo. Yes, first pull.  Stop laughing, it’s true. No, it wasn’t the chronicle either.

We actually went for some really good tries on King Molinar after that!

We only had one night on King before and it’s been what feels like ages so everyone was anxious, raid leader included. “Okay guys, I think I’m supposed to explain tactics now but… I don’t really remember, it’s been a while…” We somehow put together what we remembered from the tactics – some mid-battle – and had a few very good tries! Lowest we got them to was 26 %. I blame the drunken Mage that usually boasts with his dps but happened to struggle with outdpsing the supports and healers tonight. 😀 He blamed it on the poor Pyromancer spec.

But you could definitely see improvement every pull. We still had to get used to the fight again so we had a lot of simple deaths, easily fixed by more practice, like missing an interrupt or reflect here and there, wrong positions etc. Very good tries though! I’m sure we can get this down in time if we continue the practice. 😀

Yesterday then, was the day we scheduled for a few tries on Anrak on hard mode! We’ve never tried IGP on hard mode so it was a whole new challenge. We had a few tries with 9 people while waiting for our delayed 10th person. The first real try with 10 people got us to 10% on enrage and we weren’t sure if we could cover that but HELL YEAH! We did! 😀 I think we owe this success to our Archon that day that told the tanks and healers to just pull an additional 10 % more dps and we should be good! And lol they actually did improve their dps (among other people) and we got it down! Great job everyone! So proud <3 We had a few tries on Guurloth but nothing serious because we were at half raid time already so we decided to switch back to normal mode to make sure we clear it and get some other people that need more gear in as well.