Dancing the night away, in between boss fights! 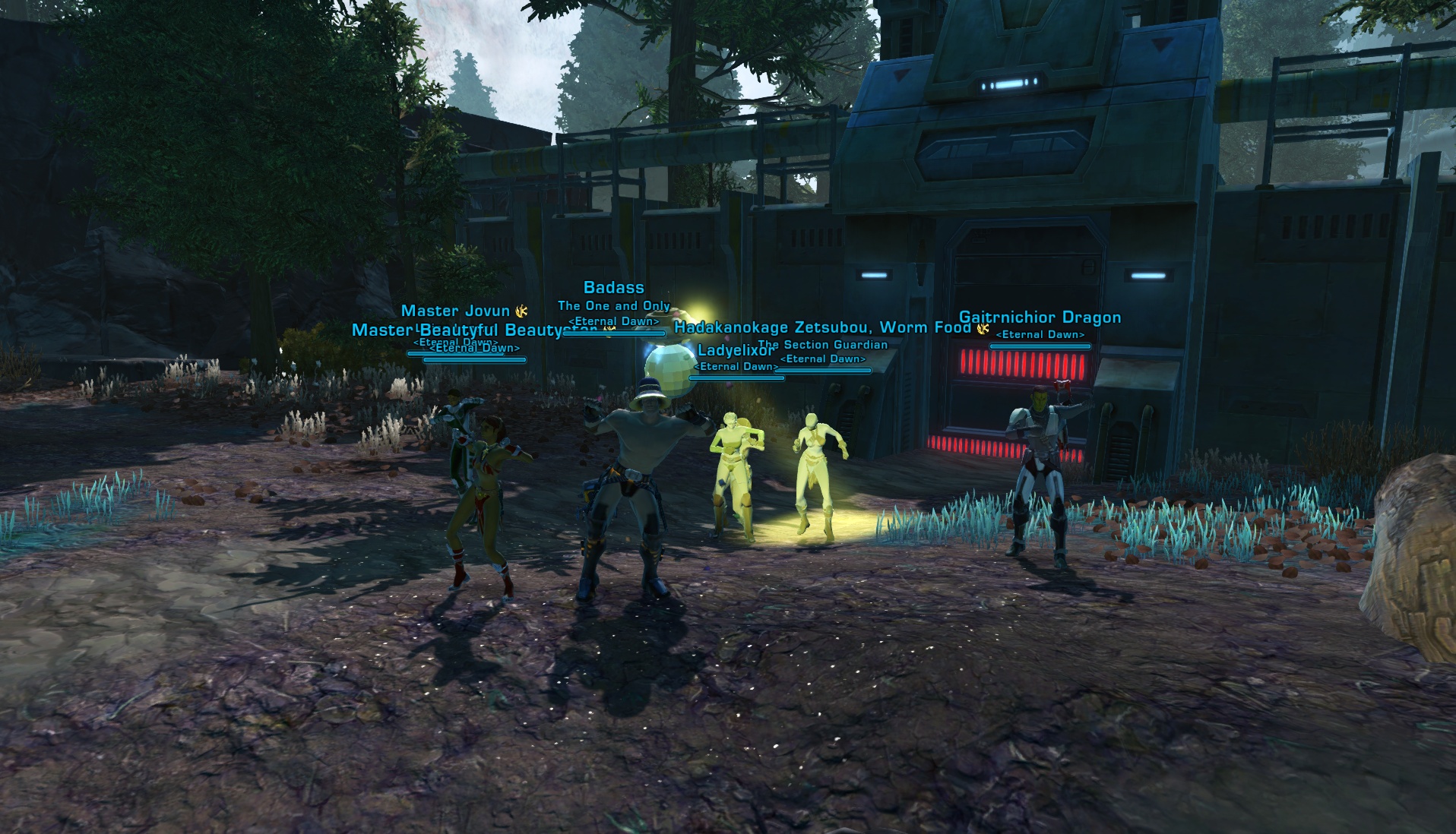 While looking for some explosive action ED hopped over to Denova to kill bad guys and anyone else who got in their way.  This was the first guild outing in Explosive Conflict after the op was revamped to level 65 and the tactics had to be relearnt by all!

Despite only having one healer Toth and Zorn and their handler, soon fell to our bloodthirsty heros.  Stormcaller and Firebrand were problematical, but after drafting in the first healer who logged in, they fell too.

Our heros moved on to the mine field and after getting half way across, had to leave due to time constraints but, like Terminator, we will be back!

In between boss fights the guild like nothing better than to dance the night away underneath that sparkly disco ball.