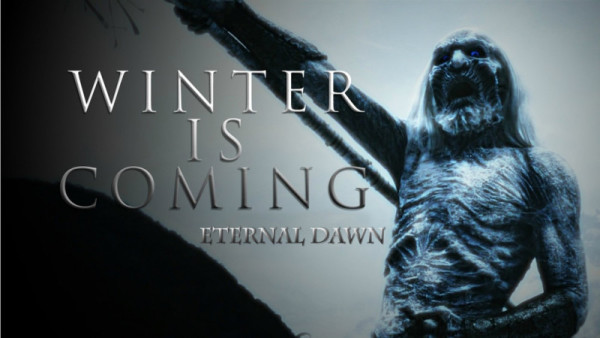 The Future of Rift –

Common with MMO’s is we drift off and enjoy the Summer and get use to doing stuff in the real world and then all of a sudden the nights get longer and we start thinking about returning to one of the many MMO’s out there.

Well Eternal Dawn would like to remind you that we are still going strong and Rift has some exciting stuff incoming and already live.

The most exciting news at the moment and coming in the Autumn [or Fall as the US call it] is probably Trion’s biggest Rift Game Update ever. We will let you trawl the internet for the fine detail but anyone remember how big and how good Ember Isle was? Well the new Zone is bigger than that. To compare its size with Ember isle have a look at the screenshot below :lol [Plane Touched Wilds is the grey area to the East and Ember Isle is just above it

A new Calling is coming with 3.4 called the Primalist for you alt players or anyone that wants to start from scratch again.

Currently in the game is the new Nightmare Saga questline with a stunning super stat weapon at the end of it but lots and lots of questing and team work to do to get to the end of it.

It would be really great if our old members could return, but why wait? Come back now and witness all the other changes and get yourself use to the game before 3.4 drops.

Since we have formed we have seen our numbers increase significantly with 166 members registering on our forums to join Rift. It is understandable in gaming that people come and go but it has had an impact on our in game numbers when we use to peak at around 30 members online at any one time to now where it can be from anything to a handful to around 20 odd players at peak times.

Its very difficult managing an MMO game and keeping everyone happy as there is such a wide spectrum of game players in a casual Guild however, all we ask for now with the hope you will return is can you just ask yourselves why did you join us in the first place? Do you remember the fun you had in game when you was playing and the friends you made? Well all of that is still there

Anyway it would be great to see you all back but here is a brief synopsis of what Eternal Dawn is currently up to;

Raids continue each week at a minimum of 2 per week and notwithstanding the drop in numbers mentioned above they have been very successful and many more members have now gained the achievement of all 4 Bosses in the Rhen of Fate along with the reward of the loot drops and currency.

Raids now also have Easy, Normal and Hard modes so they can be tweaked depending on the level of the team going in.

Raiders have also started in Intrepid Guilded Prophecy on Easy Mode, so its adding a bit of variety with the 10 man raids.

We would really like to get the numbers back up to running 20 man raids but it relies on many people returning and others joining as Rift has so much more content for raiding in the 20 man tiers which would increase the fun and challenge no end.

Anyone that has raided with us will understand we do it so much differently than others and no one is put under any pressure to up their DPS or gets shouted at for continually standing in something they should not be in. Even people who have never raided before joining ED have experienced it and have killed many of the Bosses we now visit.

It can be repetitive stuff for those that turn up all the time but it helps move the Guild forward into newer content but it is so reliant on regular numbers.

In 3.4 we have a new dungeon coming which is exciting stuff. All other Dungeons continue on a regular basis and if you find yourself wanting to come back these can be done relatively quickly and gain you good gear and currency.

The very mention of Nightmare Rifts makes people run away but they still happen in the Open World and members who like gaining the achievements crack on with them. If numbers increase then maybe we can stick them back on the Event Calendar, but you only have to ask in Guild Chat and someone will join.

Crafting Rifts or Crifts have been re-introduced and whilst a bit tedious the reward in drops [if not 100’s of open world players turn up] is very rewarding and contribute to the new Planar Crafting Recipes that give some very nice loot which upgrades to some jaw dropping stuff.

The Artefact Circle is still going strong and with the heavy rumours of 3 new Artefact types incoming then anyone with collecting habits should get your butts back into the game.

There is a few of us along with some guides on the forums doing the Most Wanted Bounty collections and a bit of a buzz for the Unstable collections as well.

The new Wardrobe System is also a collectors paradise and we are even running off the cuff runs to older raid/dungeon zones to 1) get the Achievements and 2) add the drops to the wardrobe collection.

We also have 1 Tab of the Guild Bank designated to wardrobe gear where people just drop into bags and put back [without equipping] it’s as simple as that. Others go a bit further and make or hunt down items they want to collect.

Our crafters are a very helpful bunch of people and the stuff they make is so important to strengthening your characters equipment. Along with the new Planar Equipment Rift has really shown some love to Crafters and by the sounds of it more changes and additions are incoming.

Well I don’t think you can get more social than Eternal Dawn in Rift. Guild Chat is always moving and also people using Mumble. Both means of communication are used to discuss real life, Rift and general banter all round.

Finally we would like to say that many of you have been in Eternal Dawn since it was created and you may of just wandered off to pastures new or just real life is getting in the way. No grudge will ever be held but all we ask is if you feeling the itch to game then come home, there are many more friendships to be made and many more adventures to have.

3 thoughts on “Winter is Coming”